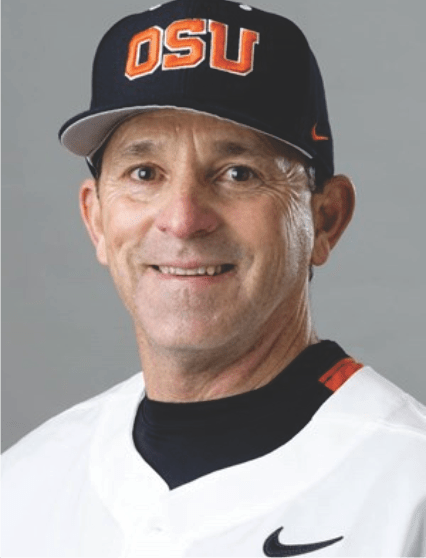 After a successful stint that included a NCAA Division National Championship at George Fox, Pat joined the Oregon State Beavers as an assistant coach in 2008 and was promoted to associate head coach in October 2013. The Beavers won the NCAA Division I World Series in 2013 with Coach Bailey as Associate Head Coach. Bailey was promoted to Head Coach of the Beavers in 2019 when he led the squad to a 39-20 season.

Prior to his move to Oregon State, Bailey led George Fox for 12 seasons, winning a Division III national title with the Bruins in 2004. Bailey compiled a 353-158 record – he is the winningest coach in school history – and earned National Coach of the Year honors after that 2004 national title. He was an eight-time Northwest Conference Coach of the Year honoree. During Bailey’s tenure, the Bruins won or shared eight Northwest Conference titles. George Fox advanced to the NCAA tournament six times and to the NAIA playoffs twice before moving to the NCAA.