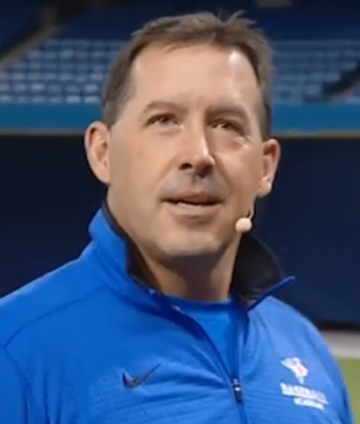 Jeff has been involved in the highest levels of the sport performance industry for many years. He has worked with many varsity, national and professional coaches, athletes and teams during his career. In 1997 Jeff attended his first spring training with the Toronto Blue Jays and in 1998 was offered a position allowing him to dedicate all of his efforts to the organization first, as the minor league strength and conditioning coordinator and then as the head strength and conditioning coach for the entire organization.

In 2003 Jeff stepped down from the Blue Jays, he now consults with Major League Baseball International overseeing the Strength and Development program helping to develop the game worldwide. In this capacity he is involved with baseball performance programs in Canada, South Africa, Italy, Holland, Germany, Czechoslovakia, Sweden, France, USA and China and has presented at seminars, coaching conferences and player development programs all around the globe. In addition to Baseball Athletes and Programs, Jeff has worked with NFL players, NHL players and teams, the University of Alberta Golden Bears Football Team and has overseen the performance programs for the Canadian Football League’s Edmonton Eskimos.

Jeff has also proudly been appointed the President of Human Sport Performance, a company dedicated to upholding the integrity of drug free sport and the exploration of the very latest science pertaining to sport performance and the development of athletes.

Jeff has been a Certified Strength and Conditioning Coach with the NSCA since 1994.