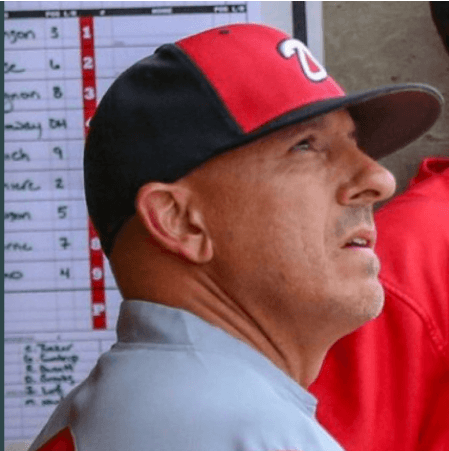 Coach Cox is currently on staff with Scoutz USA Sports Performance Institute.  Cox is regarded as one of the best hitting coaches in North America by some of his peers. Prior to Scoutz USA he was the Hitting Coach at Georgia Gwinnett College.  Before joining the GGC staff, Cox was the Head Academy Coach at Okotoks Dawgs Baseball Academy in Okotoks, AB. In the 9 years in Okotoks, Coach Cox was an associate scout for the San Diego Padres and served many roles including Tournament 12, Big League Experience, Baseball Alberta and was a NCCP certified instructor.

Cox was a guest speaker at American Baseball Coaches Association (ABCA) in Dallas during the 75th anniversary convention. Before heading up north to Canada, Cox was the hitting coach at his alma mater Kentucky Wesleyan College, Owensboro KY. Cox was also the Head Coach at Owensboro Catholic High School where the Aces won 2 All A State Championships’ and was an associate scout for the Milwaukee Brewers during his tenure. Other High School Head Coaching jobs included Las Plumas High School in Oroville CA. Coach Cox has also coached Collegiate summer leagues through his years including Regina Red Sox in the WMBL and the Owensboro Oilers in the KIT league.

Allen has been a hitting instructor for all his years of coaching and has worked with Perfect Game, PBR, Hit Doctor, Louisville Slugger Hitting Science Instructor, and most recently No Doubt Showcases. Coach has sent 100’s of players to college and coached several players to professional baseball.